What is a Promise Ring? The True Meaning 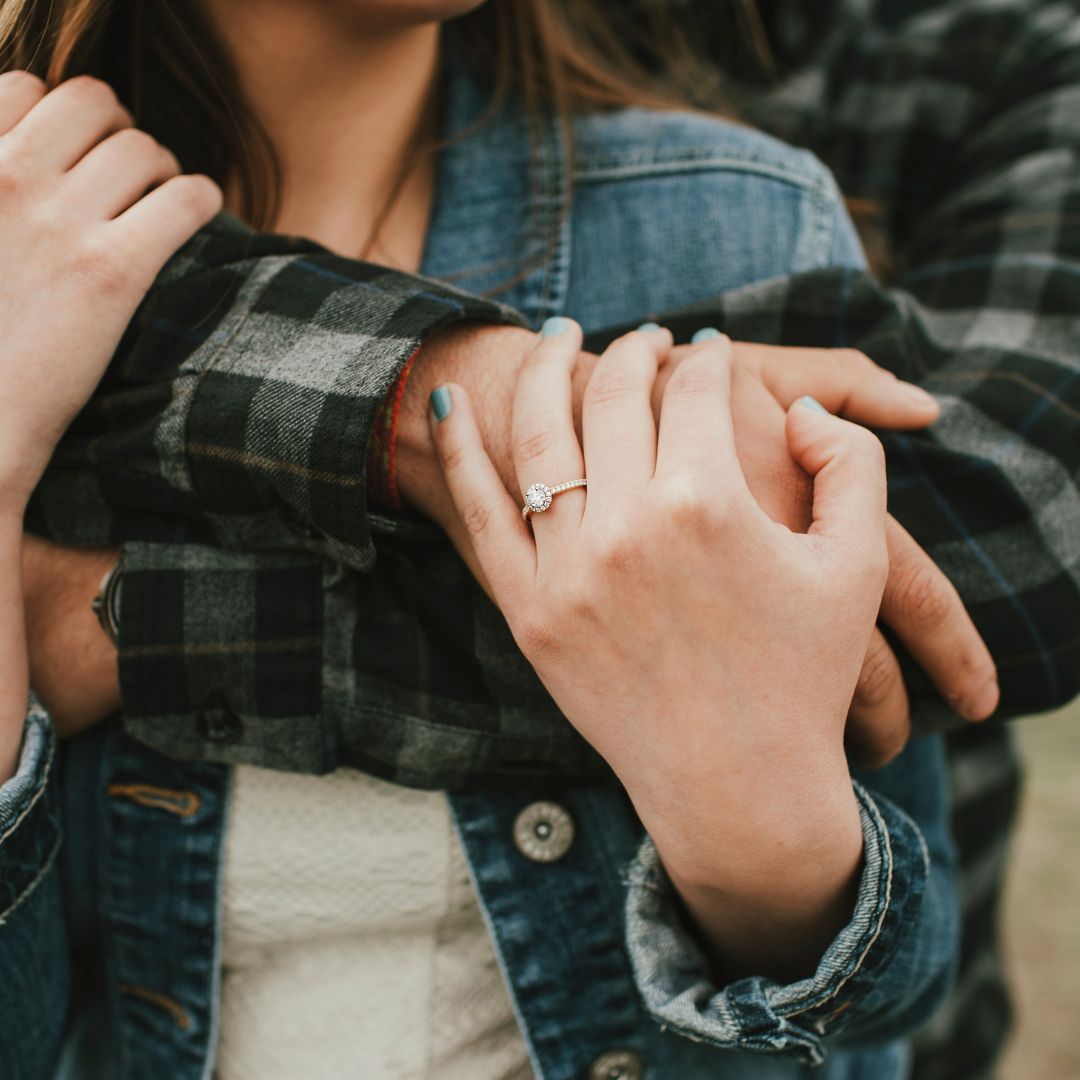 What is a Promise Ring? The True Meaning

What is a Promise Ring? Promise rings are a beautiful way to symbolize your love and commitment to someone. It is often given as a sign of intent to marry in the future.

Promise rings can be worn by either men or women and come in various styles.

This blog post will discuss the meaning of the promise ring, and it’s history. We will also provide tips on choosing the perfect one for you!

What does a Promise Ring represent?

What a promise ring symbolizes can vary depending on the person wearing it.

For some, it may simply be a beautiful piece of jewelry that signifies their love for another person. For others, it may signify intent to marry in the future.

A promise ring is always a symbol of love and commitment regardless of its specific meaning.

What is a Promise Ring Meaning

To some couples, a promise ring means they will eventually marry. Other couples may use promise rings to show their dedication to abstaining from sex until marriage.

Promise rings can also be given as a symbol of friendship or a gift from a parent to a child.

What is a Promise Ring History

The history of the promise ring is believed to date back to the 16th century. It was during ancient times that young men and women would often exchange rings as a sign of their affection for one another.

However, it wasn’t until much later that the promise ring became associated with the concept of marriage and a long-term relationship.

A small posy ring is made of flowers, leaves, or other plant material. They have been worn since medieval times as a sign of love or friendship.

Today, these rings are often given as tokens of appreciation or as simple gifts of affection. The Victorian era was particularly known for its elaborate posy rings, often made with lace, ribbon, and precious metals.

Despite their long history, these rings remain popular today because of their charming retro appeal.

An acrostic ring is a type of posy ring that has a hidden message. The message is spelled out using the first letter of each gemstone in the Ring.

For example, a sapphire, diamond, ruby, and emerald ring would spell out “Sade,” a popular medieval name.

Is a Promise Ring the Same as a Purity Ring?

The answer to this question is a bit complicated.

Purity rings are typically given to teenagers or young adults as a symbol of their commitment to remain abstinent until marriage.

While promise rings can also be given, for this reason, they don’t necessarily have to be.

Are Promise Rings the same as Eternity Rings?

An eternity ring is a ring that is given to symbolize eternal love.

It is often given after an anniversary or the birth of a child. While both rings have a similar meaning, an eternity ring is usually seen as a more serious symbol of commitment.

Promise ring styles come in a variety of options. Some ring styles are simple bands made of precious metals, while others are more elaborate and may even feature diamonds or other gemstones.

The Ring’s design is often personal to the couple and symbolizes their unique love for one another.

Large solitaires have long been associated with engagements, but stones at 0.25ct and below are a common way to give a promise ring that indicates a future engagement.

Whether set with gemstones, engraved with initials, has an infinity symbol or solely white gold, yellow gold, sterling silver, or rose gold. A band-style promise ring is a more subtle approach.

Giving the wearer his or her birthstone is ideal for longevity, as the Ring can be worn alongside an engagement ring later.

These rings feature a group of stones in the center, which can be of different sizes, shapes, and colors. Together they sparkle like an engagement ring without trying to stand in for one.

How to choose a Promise Ring?

When choosing a promise ring, it is important to consider the specific meaning that you want it to have. Since these are commitment rings, you will want to choose a personal and meaningful design for both of you.

How to Give a Promise Ring?

If you are thinking about giving a promise ring to your partner, there are a few things to keep in mind.

First, it is important to have a conversation with your partner about the meaning of the Ring and what it represents for both of you.

It is also important to choose a ring that is special and has personal significance.

When to Give a Promise Ring?

There is no set time or occasion for giving a promise ring. Some couples may exchange rings when they first get together, while others may wait until a special occasion.

Ultimately, the decision of when to give a promise ring is up to the couple and should be based on what feels right for them.

Which finger do you wear a Promise Ring on?

Typically worn on the middle finger or ring finger. However, it can be worn on a different finger if you choose.

Yes, guys can wear promise rings. In fact, the concept of a man wearing a ring as a symbol of his commitment to his partner is not new.

Historically, men and women would often exchange rings as a sign of their affection for one another in a relationship. While promise rings have typically been associated with women, there is no reason why men can’t also wear them.

Promise and engagement rings are often confused with one another, but they are quite different.

An engagement ring symbolizes a couple’s intention of marriage, while a promise ring represents several reasons for the relationship.

A promise ring is not necessarily a pre-engagement ring but can be used as one.

A promise ring is typically given to signify a commitment to oneself or another person.

This commitment can be for anything from personal growth to fidelity in a romantic relationship.

Where can I buy a Promise Ring?

There are a few different places to buy promise rings. Many jewelry stores sell them, and they can also be found online here. At the Bling Advisor you can create a custom ring, choose a beautiful vintage piece or shop any of our ready to ship options.

When buying a ring, it is important to consider the meaning you want it to have and choose a unique and significant design for both of you.

How much should I spend on a Promise Ring?

There is no set amount of money that you should spend on a promise ring. The price will vary depending on the style and design of the Ring, as well as the quality of the materials used.

It is important to remember that the Ring’s value lies in its meaning, not its price tag.

Cost of a Promise Ring

The cost of a promise ring will vary depending on the style, design, and materials used.

Instead of costing a few thousand dollars like the average engagement ring, promise rings typically only cost a few hundred dollars, making them much more affordable.

The average couple spends around $500 on their promise rings, but can easily spend more or less.

How long after you give a promise ring do you give an Engagement Ring?

There is no hard and fast rule for giving an engagement ring after a promise ring. Some couples may wait a few months or even years, while others may get engaged immediately after exchanging promise rings.

Ultimately, deciding when to give an engagement ring is up to the couple and should be based on what feels right for them.

What do you do with a Promise Ring after you get engaged?

After you get engaged, you may find that you no longer wear your promise ring. This is because you now have a wedding band to symbolize your dedication on your ring finger!

Some people like to keep it as a reminder of their commitment, while others may choose to pass it down to someone else as a symbol of love.

You could also do something more creative, like turn it into a necklace, keychain or by creating a new custom piece. No matter what you do with it, your promise ring meaning will always hold true. 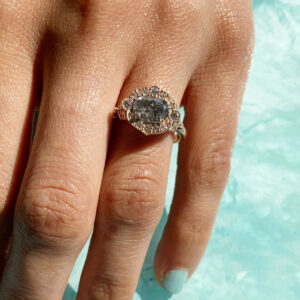 The Ultimate Guide to Salt and Pepper Diamonds 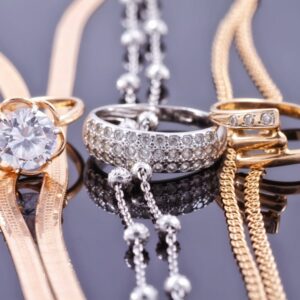 How To Mix Metals: Mixing Silver And Gold Jewelry 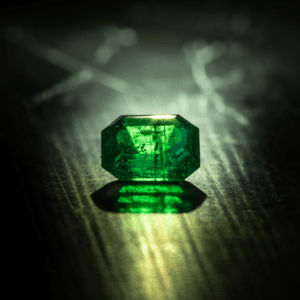