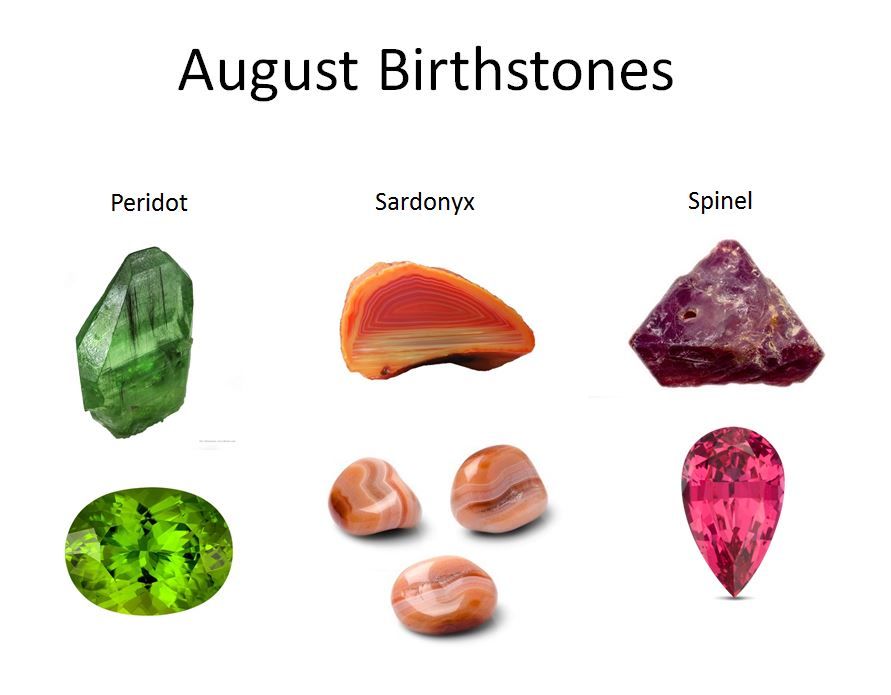 What Are The Birthstones for August? Peridot, Spinel, and Sardonyx

Each month of the year is associated with one or more gemstones called birthstones. Here is everything you need to know about August birthstones peridot, spinal, and sardonyx.

The History of August Birthstones since Ancient Times

Origins of the August Birthstone Peridot

Peridot, also called olivine, is the traditional birthstone for those born in August. Peridot birthstone is believed to have been discovered as early as 1500 BC. Ancient Egyptians, Chinese, and Romans used peridot gemstones to decorate their crowns, necklaces, earrings, and accessories.

This August birthstone name comes from the Greek word “peridona,” which means “giving plenty,” an indication that the stone’s color resembles the green fields of summer. Some of the Ancient Greeks believed peridot had fallen from heaven.

The Ancient Egyptians called this August birthstone “the gem of the sun,” believing that the stone glowed at night when in its dark setting. In Egypt, peridot was mined in the Red Sea hills near an island called Zabargad. The natural crystals found there were transported from Cairo, then on to Europe and America.

In the Middle Ages, peridot represented fertility in women, and women wore them when they were in labor during childbirth. People even thought that the birthstone made cows produce abundant milk and helped heal wounds faster.

The Romans believed that peridot protected its wearer from bad dreams and ill health.

In China, peridot symbolizes peace and happiness. The Chinese believed that the gem was produced when lightning struck the earth’s surface.

Where can you find Peridot Crystals?

Peridot crystals are found in the US states of Arizona, Hawaii, Oregon, and Utah. The Hawaiian Islands are known for their large quantities of peridot crystals mined in their volcanic lava fields.

Color and Appearance of Peridot Birthstone: The Different Hues of Green Color

The August birthstone peridot is a green stone that ranges from deep yellowish-green to olive green and dark green with shades of yellow and brown. It is the greenest of all the minerals, but it may vary in hue depending on the minerals present in the stone.

You can find different varieties, including:

Peridot crystals are rarely found as singles; they’re usually found embedded inside rocks such as basalt, serpentinite, or limestone. Some peridot stones also come from meteorites.

Peridot is an Orthorhombic-Barium Calcium Silicate, which essentially means a mineral with a unique crystal structure. This stone belongs to the “Umbrella” group of minerals.

On the Mohs’ scale, peridot rates a 6.5-7.5, which means it has a hardness about the same as glass. It is quite brittle and sensitive to scratching and bruising.

The rarity of peridot birthstone

Peridot is one of the rarest gemstones on earth. This makes it a very valuable stone, which explains why it has been extensively used in jewelry and other ornamental objects. It can be challenging to find peridot stones in commercial quantities.

Like other gemstones, peridot is treated in high temperatures to enhance or change its appearance.

Peridot gemstones are cut into a variety of shapes including cabochons. The preferred shapes are ovals, pear-shaped, rounds, cushions, trilliants, pears, and emerald cuts. The durability, rarity, and unique color of peridot make it a favorite gemstone for jewelry.

Peridot gemstones can be set in yellow gold or sterling silver jewelry. It is also used to adorn rings, earrings, chains, and other types of fine-jewelry design. Check out our Bling Shop collection!

The History of Spinel Birthstone since Ancient Times

Origins of the Spinel August Birthstone

Spinel is the second birthstone for August.

Where can you find Spinel August Birthstone?

Some of the most famous deposits of spinel gemstones are found in Myanmar. Other Spinel sources include Cambodia, Sri Lanka (Ceylon), Afghanistan, and Tajikistan.

Color and Appearance of Spinel: The Rainbow Palette

Spinel is a red stone that may vary in hue, including colors like red, orange, pink, violet, dark blue, purple, brown, blackish-green.

The color of these stones varies depending on the minerals present in the gemstone.

Before today’s scientific equipment was developed, many people would confuse a deep red spinel with a ruby as by just looking at both stones they can look very much alike. Itl has a Mohs hardness that measures 8-8.5 on the Mohs scale, making it a very tough gemstone. Spinel is resistant to scratching, but strong blows can damage it.

This gem has a refractive index of 1.71, comparable to diamond’s 2.42 index and ruby’s 1.77 indexes. This means that spinel gems will show more fire and luster than other gems with lower refractive indexes.

Spinel has a specific gravity of 3.60-3.69, heavier than corundum’s 2.65 index, but lighter than ruby’s 4.00 index. This means spinel gems can be relatively large compared to other gemstones.

The rarity of the gem

The demand for spinel is lower than other gemstones, making it more affordable. The rarest variety of spinel is the blue or dark blue variety, while the most common spinel is the red spinel.

Spinel’s durability makes it an excellent choice for fine jewelry. This stone can be made into any spinel jewelry piece, including rings, pendants, earrings, pins, chains, bracelets, and more. You can also choose from our wide range of spinel ring styles to find the right one for you.

The History of August Birthstone Sardonyx since Ancient Times

Origins of the Sardonyx August Birthstone

Sardonyx is a variety of onyx, known for being one of the most popular stones since ancient times. Sardonyx is the third birthstone for August and comes in light shades of brown and red. It may contain white or gray bands that resemble ivory.

The term “sardonyx” is derived from “sarda,” which means reddish-brown, and “onux,” meaning fingernail. Sardonyx is named after its resemblance to the nails on human fingers. Sardonyx has been used for thousands of years in jewelry-making because of this striking resemblance.

Sardonyx is one of the oldest known gemstones and was first traded by the ancient Phoenicians, Egyptians, Greeks, and Romans. Throughout history, sardonyx was believed to be a powerful healing stone, a symbol of love and friendship, a charm for a happy marriage, and a ward against evil spirits. Sardonyx symbolizes feelings of comfort, joy, happiness, creativity, balance, courage, and generosity.

Where can you find Sardonyx Crystals?

Sardonyx is usually found and mined in India and Brazil. You can also find sardonyx in parts of Africa, Europe, and Russia.

Color and Appearance of Sardonyx Birthstone: Tones of Brown

Sardonyx can display shades of brown with bands displaying white, gray, or black. The most popular types are the lighter-colored sardonyx that contains white and dark brown bands.

The different varieties of sardonyx are:

Sardonyx is a variety of onyx composed of chalcedony and owes its brown or red color due to iron oxide impurities. Sardonyx is formed when sard (red agate) and onyx (black agate) merge together. The color bands in the stone are created after years of volcanic activity or changes in pressure flatten or press agate to form layers.

Sardonyx has a Mohs hardness of 7-7.5, which means it is a relatively soft gemstone. The gemstone can be easily scratched and damaged by harder gems or metals.

It has a specific gravity of 2.71-2.78, considered sub-heavy for gems. This means that sardonyx will have less luster and brilliance than other types of gems with higher indices.

The rarity of sardonyx

Sardonyx is a semi-precious gemstone and is not as abundant or popular as other types of gems. It can be found in deposits worldwide, but only a few regions produce enough quality for commercial use.

Sardonyx is an easy birthstone to embrace because it can be found in many colors, including brown and white. This gemstone flatters almost any skin tone and is exceptionally compatible with warm colors.

Sardonyx may have less luster than other gems, but it looks beautiful in jewelry pieces. It is often cut into cabochons or engraved to show off its layers. It can also be cut into a cabochon with a hole in the middle to make it look like a pendant.

When Should You Offer an August Birthstone?

There is no fixed date for offering a birthstone, but many people offer one of these three stones for those born in August. A unique piece of jewelry with an August birthstone is a perfect gift to celebrate August babies.

Bling Advisor can help you customize a meaningful piece for your beloved one.

The August Birthstones are the Sardonyx, Spinel, and Peridot. They come in various colors and are all three birthstones’ beautiful and durable high-quality stones. The most valuable of these stones is the natural peridot from Pakistan, which is rare and often rivals or even exceeds diamonds in value.

Our specialists at Bling Advisor are eager to answer any questions you might have regarding your favorite gemstone and jewelry. Please contact us or check our August birthstone rings and jewelry selection. 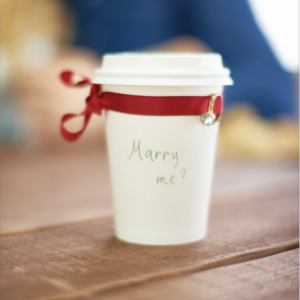 Proposal Ideas: The Most Amazing Ones

Choosing November Birthstone Jewelry: An Introduction to Topaz and Citrine 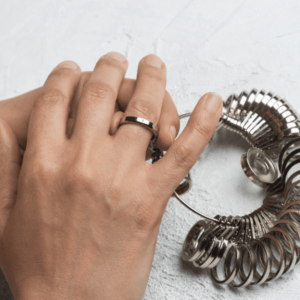 Engagement Rings for Small Hands: What To Consider