What is a Lab-Created Alexandrite? Synthetic versus Natural Alexandrite 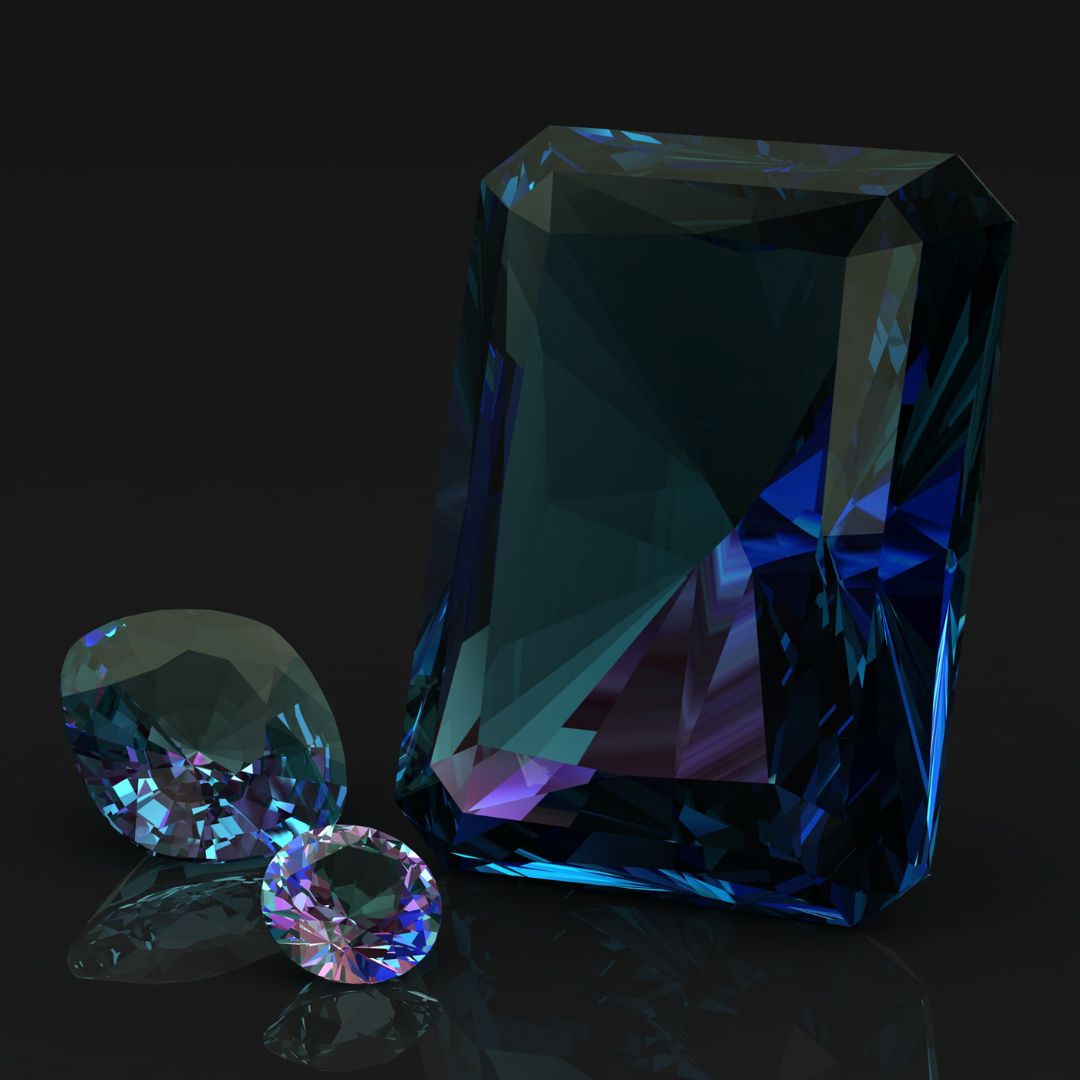 What is a Lab-Created Alexandrite? Synthetic versus Natural Alexandrite

Gems are a fantastic way to spice up any wardrobe. When you start collecting jewelry, it doesn’t take long to realize that there’s a big difference between high-quality items and costume pieces. This also applies to the particularities of lab-grown and natural jewelry, as it does for real and raw gems.

One of the rarest gem in the universe is Alexandrite. It is more valuable than diamonds, sapphires, emeralds, and rubies. Alexandrite is the most popular color-changing stone on Earth, with a lovely red sparkle during the day and stunning green hues at night.

Lab-Created Alexandrite was in need because supply of Alexandrite was limited; because of this, some people could not obtain enough. The greatest quality alexandrite stones are now found in Sri Lanka, East Africa, and Brazil, but the quality standard for this jewel stone has stayed consistent since it was first discovered.

In 1834, the original discovery of Alexandrite was made in Russia’s Ural Mountains. When the sun went down, Nils Gustaf Nordenskiöld, a mineralogist, acquired much more than he had bargained for when what appeared to be a beautiful green gem suddenly changed into the likes of a ruby. He immediately recognized the wonder he had discovered.

According to legend, the name “Alexandrite” was given to the gemstone after Czar Alexander of Russia, who was murdered in 1881. The crystal’s red and green hues were reminiscent of the colors of the Russian Empire, and they soon came to signify the imperial family and Russia’s status.

The alexandrite supply had been almost entirely exhausted in Russia by the 1890s, and demand could no longer be satisfied. When the miracle returned in a 1987 Brazilian find, gemologists and jewelers were ecstatic.

Apart from its color-changing phenomena, Alexandrite has several qualities that contribute to its overall worth.

A gem’s durability is measured on a ten-point scale, with the highest ranking indicating the greatest scratch resistance. The Mohs scale is often used to evaluate the scratch resistance of gems. Alexandrite is extremely durable, with a Mohs hardness of 8.5. This means it may be worn in everyday pieces, such as rings, without suffering too much damage.

Alexandrite has several characteristics, including a cat’s eye effect, one of the more distinctive inclusions. Alexandrite is often cut with a combination of cuts. The largest Russian gems weigh about 30 carats. However, the vast majority of Alexandrites weigh under one carat. Stones over five carats are very rare, especially with good color change.

What Would Be The Exact Difference?

The characteristics of lab-created Alexandrite are comparable to those of the real thing, such as crystal form, chemical composition, and hardness. Raw earth mined Alexandrite is rare and valued at a much higher price.

On the other hand, many high-end jewelers will only deal with naturally occurring gems. Natural gemstones are also highly prized for their relevance to our planet’s geology.

Another major advantage of buying a lab-grown gem is that it does not have the same “inclusions” as natural stones. Inclusions are known to cause breakage, cavities, and durability issues.

Why Purchase A Lab-Created Alexandrite?

Because lab-grown Alexandrite is less uncommon than natural, it is considerably more inexpensive. Synthetic Alexandrite is a great alternative for people on a budget who still want their jewelry to look high-end.

Natural alexandrite is quite rare, which means that there is less variety available when compared to lab-grown stones. With lab-created alexandrite, you have a greater selection to choose from in terms of both color and cut.

Alexandrite ranks 8.5 on the Mohs hardness scale. (8.5 out of 10 Mohs hardness). Alexandrite is stable under normal wearing conditions, which means it’s resistant to the effects of heat, light, and common chemicals.

How Much Does Synthetic Alexandrite Cost?

The degree of color change is generally measured in subjective terms; therefore, the price per carat varies. Several factors, such as color changes, shapes, sharpness, hardness on the Mohs scale, clarity, average weight, and sizes, are considered. Synthetic Alexandrite retail price is around $500 per carat.

The hue, intensity of color change, and attractiveness of the hues all influence the value of an Alexandrite. A buyer may choose a smaller, cleaner stone with a good color change or a larger, more inclusive stone with less color change. The price may be the same, but the color shift’s strength may take precedence for most people.

Roots In A Laboratory.

Lab-Created Alexandrite is chemically equivalent to its natural counterpart. Synthetic gems are produced in a laboratory using controlled heating, and chemicals derived from foreign sources are removed. However, lab-created Alexandrite looks identical to genuine stones from mines and the formation process makes each one unique.

Because of ethical concerns in specific mines, many unique exquisite gems are now produced in laboratories. It’s critical to go to a reputable dealer who only purchases from ethically mined locations where workers are paid fairly and work under safe conditions.

There is less environmental damage since the formation of crystals occurs in a laboratory rather than in nature. Choose a lab-created alexandrite to be more environmentally friendly.

Gemstone collectors treasure natural alexandrites for their color-changing qualities. The most beautiful and valuable transformation is from green in broad daylight to crimson in incandescent light. The alexandrite effect is the name of this color shift by gemologists, even when it occurs in other gems like garnets and sapphires. Synthetic alexandrites have these characteristics as well.

In natural alexandrites, the blue-to-purple color change does occur. It occurs very rarely and mostly in Africa’s recent finds, however.

What Gemstones Can Alexandrite Imitate?

A variety of chrysoberyl includes Alexandrite. Non-alexandrite color change chrysoberyls are used in the manufacture of some jewelry items. Synthetic color-change corundum is also prevalent in low-cost, so-called “alexandrite jewelry.”

Zandrite is another name for a color-change glass imitation. This isn’t anywhere near as valuable as natural or synthetic Alexandrite.

Gemologists Are The Experts.

If you’re having trouble determining the history of a piece of Alexandrite or have a question about its pedigree, it’s probably time to contact someone in the gem industry.  Colored stone professionals assess fine alexandrites by the extent of the color change they display and by the quality of the red and green hues they show under different lighting conditions.

If your stone is larger than a carat and has no inclusions, it’s almost certainly a synthetic. A gemologist can tell you for sure after examining the stone under the microscope and conducting a simple test of its optical properties, called a refractive index test.

Is It Better To Buy A Natural or Lab-Created Alexandrite Stone?

Alexandrite is a truly remarkable gemstone. It is best known for its ability to change color in different lighting conditions, exhibiting a gorgeous green hue in natural sunlight and a rich purple tone in incandescent light. This unique property has made alexandrite highly coveted by collectors and jewelers alike. But what many people don’t realize is that there are two types of alexandrite on the market: natural and lab-grown. So, which is better?

At the end of the day, the type of alexandrite you choose should be based on your budget and personal preferences. If you’re looking for the highest-quality alexandrite possible, natural stones are the way to go. But if you’re on a tight budget or simply prefer the idea of owning a lab-grown stone, synthetic alexandrite is a great option. Whichever type you choose, you can rest assured that you’ll be getting a truly stunning gemstone.

So, what’s the verdict? Overall, each type of Alexandrite stone has its own pros and cons. Natural Alexandrite is typically more expensive, but it is also more rare and unique. Lab-created Alexandrite is more affordable, widely available, and is a more ethical option to some, but it may not have the same one-of-a-kind appeal. Ultimately, the choice is yours. At Bling Advisor, we can source the ideal stone for your custom jewelry whether it be natural or lab-created Alexandrite. Visit our website today to learn more. 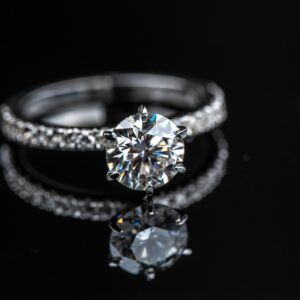 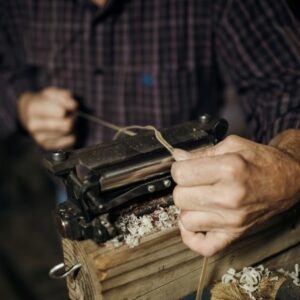 Where and How to Make Custom Jewelry: A Guide for Beginners